Special purpose electric vehicles are manufactured to perform specific heavy tasks and are equipped with special equipment which works on their engine or separately mounted engine. Mostly these vehicles are heavy-duty vehicles, such as dump trucks, forklifts, tank trucks, and sweepers, utilized in various industries, such as chemical, petroleum, and construction. The factors driving the growth of special purpose electric vehicles are the expanding construction industry in various countries, the increasing investments by municipal corporations, and rising environmental concerns. Furthermore, it is expected to witness immense growth opportunities from the increasing requirement for a safer work environment and lower maintenance costs.

Municipal corporations use several special purpose electric vehicles, such as sanitation trucks, electric refuse collection trucks, electric road sweepers, and electric road flushing trucks, for road cleaning and maintenance. Waste management has become a serious challenge for international authorities due to exponential growth in industrial activities and the rampant use of inappropriate waste management methods. According to the World Bank’s ‘What a Waste 2.0: A Global Snapshot of Solid Waste Management to 2050’ report, in 2016, 242 million tons of plastic waste was generated globally, which is expected to reach 3.4 billion tons over the next 30 years. Therefore, authorities focus on regulating municipal and industrial waste management. Municipal corporations are also investing in the development of special-purpose electric vehicles. 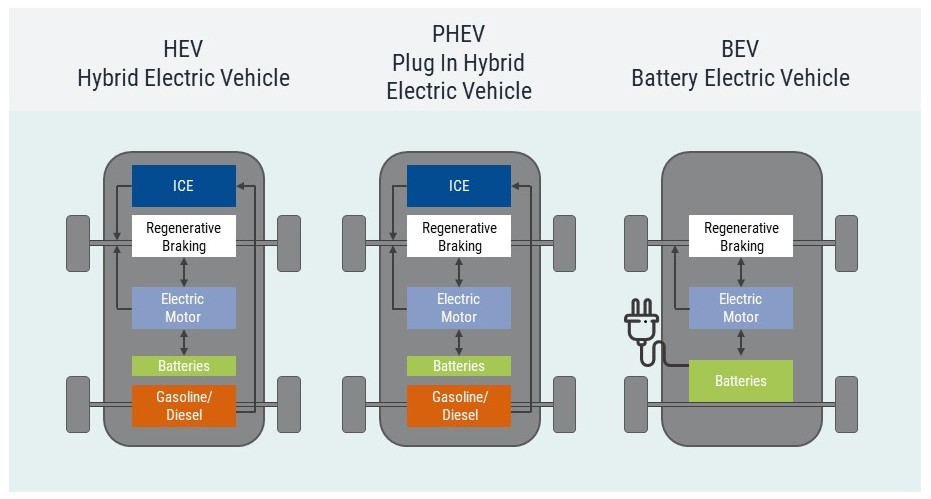 Electric vehicles are categorized into three types based on the amount or degree of electricity used as a power source.

Governments worldwide are undertaking initiatives related to the use of special-purpose EVs, contributing to the growth of this market. For instance, in 2020, the Mayor of Jersey City, New Jersey, Steven Fulop, announced investing in electric vehicles to expand the city’s municipal fleet. These investments included purchasing waste trucks from BYD Motors Inc. (China) and police vehicles. This initiative established New Jersey’s municipal fleet as the first on the East Coast to feature fully electric garbage trucks and one of the first to utilize electric police response vehicles. Such initiatives contribute to the growth of the special purpose electric vehicles in the market.

The increasing use of Internal Combustion Engine (ICE) vehicles that run on fossil fuels has created several environmental concerns, such as global warming, harmful emissions, rising fuel consumption, and the depletion of fossil fuel reserves. Cars emit carbon monoxide, hydrocarbons, carbon dioxide, and other pollutants that harm the environment and human health. According to the International Energy Agency (IEA), in 2018, transportation accounted for almost one-fifth of global carbon dioxide (CO2) emissions, and road vehicles accounted for three-quarters of transport emissions. Passenger cars and buses accounted for 45.1% of the emissions, while freight trucks accounted for 29.4%. Therefore, governments of various countries are implementing electric vehicles to reduce carbon dioxide emissions.

The market share of plug-in cars increased to 8.2% (including 5.4% BEVs) and are propelling users towards electric vehicles owing to growing awareness about climate change, the need for a cleaner environment and rising pollution levels.

Following are the key trends in the market:

Government Initiatives to Encourage EV Adoption and Development of Associated...

Supportive Government Policies and Regulations to Boost the Adoption of...

IMPACT OF ELECTRIC CARS ON ENVIRONMENT

THE RISE OF ELECTRIC VEHICLES